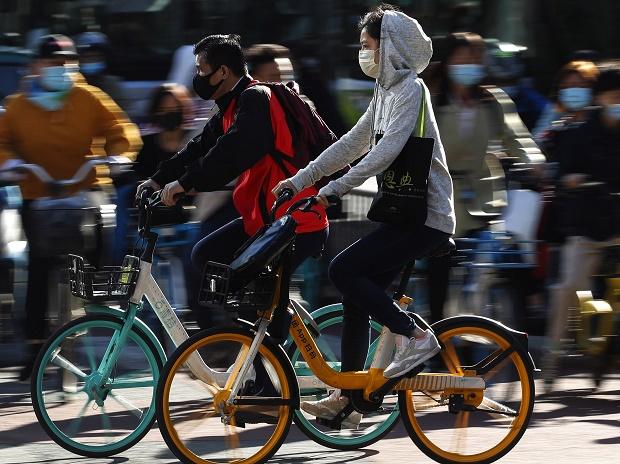 China’s birthrate has plummeted to a record low, with experts questioning Beijing’s iron-fisted ‘one-child’ policy which is blamed for the demographic conundrum visible in a rapidly aging population and a shrinking workforce.

China’s working-age population is shrinking rapidly. In comparison, the number of people too old to work is increasing. This will have serious implications for the country’s ability to care for its elderly population.


In addition, all of this could lead to labor shortages, hamper economic growth and reduce tax revenue, and could even aggravate China’s economic growth concerns, Inside Over, a news portal reported.

“For Chinese history, 2021 will go down as the year when China last experienced population growth in a long time,” said Wang Feng, a sociology professor at the University of California.

Now the Chinese government is making every effort to encourage more births and its tone has completely changed. Now it offers joint incentives, including cash grants and housing grants, but many Chinese women are unconvinced to take long maternity leaves from their workplaces.

They say it will weaken their candidacy for work in companies, because establishments may not want to give their employees so much time off.

Zhiwei Zhang, Chief Economist at Pinpoint Asset Management, said: “The demographic challenge is well known, but the speed of population aging is clearly faster than expected. This suggests that China’s total population may have peaked in 2021. It also indicates China’s potential. growth is probably slowing faster than expected.”

China implemented the “one-child policy” from 1980 to 2015 harshly in an effort to limit population growth and conserve resources. The government faced a challenge when the working-age population, after peaking at 925 million, began to fall sharply.

Following this sharp decline in the workforce, the Chinese government relaxed the policy, allowing couples to have three children, Inside Over reported. To further combat the problem, China, the country currently facing severe labor shortage, is offering incentives to the people.

In fact, the natural growth rate has fallen to 0.034%, less than even in 1961, when Communist Party Supreme Leader and Chairman Mao Zedong’s economic policies led to widespread starvation and tens of millions of starvation deaths. , reported Inside Over.

The birth rate was the lowest since 1949, when Communist China was founded and the Bureau of Statistics began collecting data.

Business Standard has always endeavored to provide up-to-date information and commentary on developments that matter to you and that have wider political and economic implications for the country and the world. Your constant encouragement and feedback on how to improve our offering has only strengthened our resolve and commitment to these ideals. Even in these challenging times stemming from Covid-19, we remain committed to keeping you informed and up-to-date with credible news, authoritative opinions and incisive commentary on relevant topical issues.
However, we have a request.

As we battle the economic impact of the pandemic, we need your support even more so that we can continue to bring you more great content. Our subscription model has received an encouraging response from many of you who have subscribed to our online content. More subscriptions to our online content can only help us achieve the goals of bringing you even better and more relevant content. We believe in free, fair and credible journalism. Your support through more subscriptions can help us practice the journalism we are committed to.