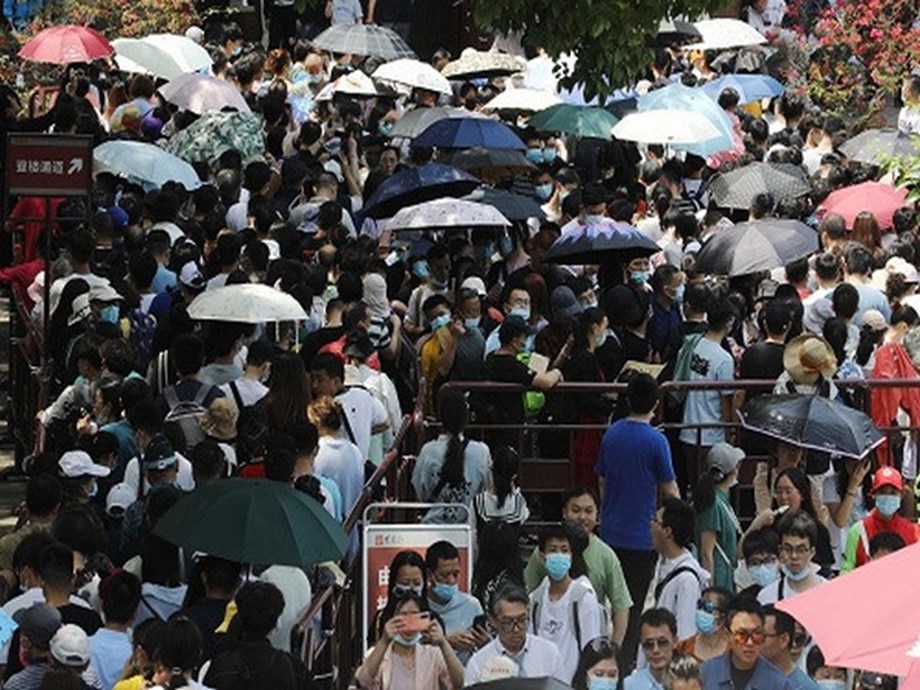 The estimate was given by the head of population and family affairs at the National Health Commission, Yang Wenzhuang, at the 2022 annual conference of the China Population Association. In order to solve this problem, improving the overall quality of the population, modifying economic development plans are essential.

According to 2021 birth data released by 29 regions in China, the number of new births was the lowest in decades in several provinces. The only 10 provinces with the most births are Guangdong, Henan, Shandong, Sichuan, Hebei, Anhui, Guangxi, Jiangsu, Hunan and Guizhou. Guangdong province alone recorded more than a million new births, local Chinese media Global Times reported. Looking at provincial data, the number of births in central China’s Hunan Province fell below 500,000 for the first time in nearly 60 years. Henan, with China’s third-highest population, recorded fewer than 800,000 births for the first time since 1978.

Meanwhile, the number of births in east China’s Jiangxi province fell below 400,000 for the first time since the 1950s. Speaking to the Global Times, Huang Wenzheng, a demographics expert and researcher principal at the Center for China and Globalization, said: “It is the inevitable result of a long period of low fertility rate”, adding: “It can be predicted that the birth of China’s birth rate will continue decline for more than a century and the birth rate in first-tier cities will continue to decline. The third-child policy may alleviate some of the problems, but is unlikely to reverse the trend in the short term.”

“Low fertility rates mean there are fewer potential mothers and fathers. The number of people wanting to have children is also rapidly decreasing at the same time. Add these two factors together and we now see the trend towards rapid decline in the rate of natural population growth,” Huang said. Lu Jiehua, a sociology professor at Peking University, told the Global Times that given current demographic trends, China will inevitably enter a period of negative population growth for a long time, although there may be fluctuations. during this period.

To reduce the cost of childbirth, parenthood and education, many cities and regions have rolled out a set of measures, including reducing childbirth and education costs, to target population growth long-term balance. “The overall arrangement of social and economic development needs to be adjusted to accommodate the new pattern of population growth,” Lu said.

(This story has not been edited by the Devdiscourse team and is auto-generated from a syndicated feed.)