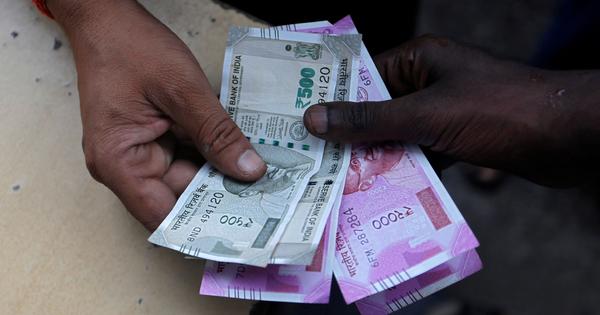 The Union government on Friday approved reducing the interest rate on employee provident fund deposits from 8.5% to 8.1% for 2021-’22, PTI reported.

The Employees Provident Fund Organization, or EPFO, has issued a notification that the Union Department of Labor and Employment has passed Center approval for the interest rate.

EPFO is a government agency that manages the largest pension fund in the country with nearly 6 million active subscribers.

Provident fund accounts are compulsory for workers earning up to Rs 15,000 per month in companies with more than 20 employees. At least 12% of an employee’s base salary is mandatorily deducted to be deposited in the provident fund, while the employer also contributes the same amount.

The Central Board of Directors is a tripartite body, headed by the Minister of Labor and composed of representatives of government, trade unions and employers.

KE Raghunathan, an EPFO ​​trustee representing employers, appreciated the speed with which the Union Labor and Finance Ministries approved the proposal. He said the move was important given the financial needs of employees and added that it would help them meet expenses such as their children’s education.

AK Padmanabhan, a worker representative on the EPFO ​​board, said all unions on the central board had opposed the proposal, The Hindu reported. “There has been a lot of criticism against this move from the Centre,” he said. “Unions and opposition parties had criticized this decision.”

On March 12, Congress spokesman Randeep Surjewala asked if the cut in the provident fund interest rate was the decision of the ruling Bharatiya Janata Party.return gift” after winning elections in four states. In the Assembly election results announced on March 10, the BJP had won in the states of Uttar Pradesh, Uttarakhand, Manipur and Goa.

Surjewala claimed that the income of 84% of the country’s population has decreased. “Is it fair to attack the savings of millions of employees on the basis of an election victory?” He asked.

However, Labor Minister Bhupender Yadav said at the time that international conditions as well as market stability should be taken into account when making the decision. “We cannot take high-risk instruments because we have to keep social security and market stability in mind,” he said.