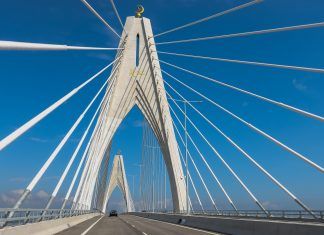 BANDAR SERI BEGAWAN, May 19 (Borneo Bulletin/ANN): Brunei, Qatar and Iceland have the lowest pollution death rates ranging from 15 to 23, according to a new study in The Lancet Planetary Health journal published this week.

The pre-pandemic study is based on calculations derived from the Global Burden of Disease database and the Institute for Health Metrics and Evaluation in Seattle.

The report indicates that pollution remains responsible for around nine million deaths per year, which corresponds to one in six deaths worldwide.

Reductions have occurred in the number of deaths attributable to the types of pollution associated with extreme poverty.

Deaths from these modern pollution risk factors, which are the unintended consequence of industrialization and urbanization, have increased by 7% since 2015 and by more than 66% since 2000. More than 90% of deaths linked to pollution occur in low-income areas. and middle-income countries.

When deaths are calculated on a per-population rate, Chad and the Central African Republic rank first with rates of around 300 pollution deaths per 100,000 people, more than half of which are due to contaminated water.

Urgent attention is needed to control pollution and prevent pollution-related diseases, with a focus on air pollution and lead poisoning, and a greater focus on dangerous chemical pollution.

Pollution has generally been seen as a local problem to be addressed through sub-national and national regulations or, occasionally, using regional policy in high-income countries.

Today, however, it is increasingly clear that pollution is a global threat and that its drivers, dispersal and health effects transcend local borders and demand a global response.

Global action on all major modern pollutants is needed. Global efforts can synergize with other global environmental policy agendas, especially since a rapid, large-scale transition from all fossil fuels to clean, renewable energy is an effective strategy to prevent pollution while by slowing climate change, and thus provides a double benefit for planetary health. – Borneo Bulletin/ANN

2022-05-19
Previous Post: With few tests and no vaccines, the coronavirus is out of control in North Korea
Next Post: Namibia: ‘Cops should improve crowd control tactics’