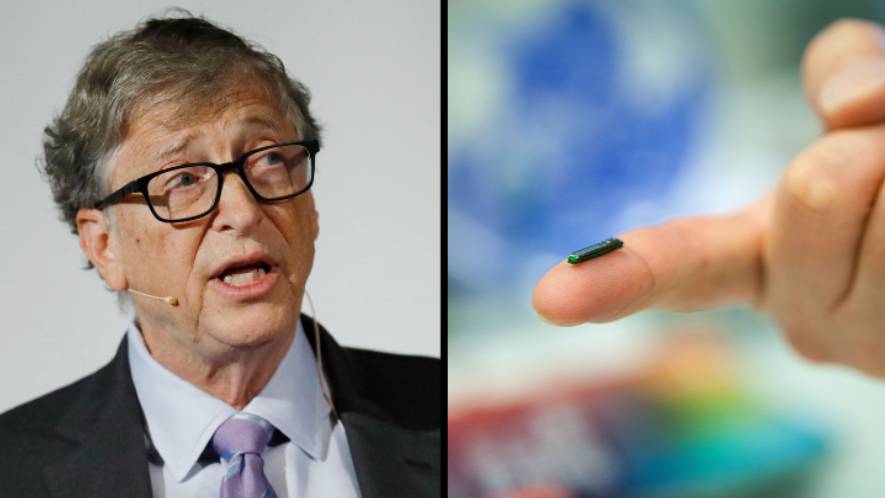 Bill Gates has exposed the bizarre conspiracy theory that he used the Covid-19 vaccine to track people around the world with microchips.

After all the work done by the Bill & Melinda Gates Foundation to develop a vaccine, he has denied the bizarre theory that he has a secret agenda to rule the world.

“My foundation funds vaccine research to save lives,” Gates said on a Reddit Ask Me Anything (AMA) thread.

“The idea of ​​chips in vaccines doesn’t make sense. Why would I want to know where people are? What would I do with the information?”

He makes a valid point. If he had all the information about the inane nonsense people do on a day-to-day basis, what benefit could he hope to derive from that information?

Additionally, an estimated 6.64 billion or (83.7%) of the world’s population owns a smartphone, which already does a fairly good job of tracking where you are.

Gates also pointed to the good things his philanthropic work actually does.

“I spend billions on vaccines and I’m proud that they’ve helped halve the number of deaths of children under five in the last 20 years (from 10% to 5%).”

Another Reddit user had another interesting Covid-19 vaccine question about how the inoculation actually works.

“Neither vaccination nor infection prevents you from getting infected again, but the disease will be milder and you will spread it less,” Gates said.

Even though the coronavirus vaccine we currently have arrived fairly quickly, Gates revealed that scientists are working on an even better vaccine.

“Foundation-funded scientists are working on vaccines that prevent you from getting infected but those are three to four years away at best. So until then we’ll have to keep getting boosted,” he said. -he declares.

So there you have it folks, straight from the horse’s mouth.

No, Bill Gates isn’t trying to microchip you because (let’s be real here) he doesn’t really care about your boring lives. And we have Covid-19 prevention on the way.

Earlier this year, his organization donated $150m (£110m) to the Coalition for Epidemic Preparedness Innovation (CEPI) to help fight Covid and prepare for other potential outbreaks.

The Gates Foundation founded CEPI in 2017 alongside the charitable foundation Wellcome and support from Norway and India following the impact of the Ebola outbreak.

CEPI went on to build one of the world’s largest and most diverse portfolios of Covid-19 vaccine candidates, six of which continue to receive funding and three have been granted the emergency use list of the World Health Organization.