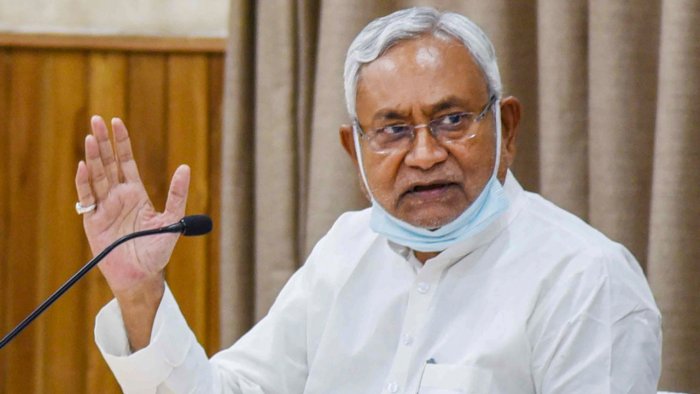 Bihar: Nitish Kumar ticks off BJP, says there is no need for population control law

“What other people say and do, we don’t care. Our position is clear, that an awareness campaign will work for population control rather than a law”.

Also last month, Nitish Kumar came out strongly in support of a population control awareness campaign. He then asserted that the reproduction rate actually drops once women are educated. Bihar has experimented with this by promoting female education and has succeeded, he said.

Over the past month, a string of BJP leaders, including ministers, MPs and MLCs, have advocated for a population control law in Bihar on the model of neighboring Uttar Pradesh, where the Yogi Adityanath government led by the BJP has prepared a bill. population control bill.

Incidentally, the UP bill has drawn widespread criticism for being harsh on women, especially the poor and marginalized, as this can lead to their disenfranchisement and also expose them to poor health, social stigma and violence.

However, the chorus of BJP leaders in Bihar is widely seen as part of the saffron party’s strategy to counter the attempt by Nitish Kumar and his JD-U party to demand a caste-based census.

“Nitish has no choice but to stick to his demand as the BJP has already weakened him and is trying to damage his image. His social support base comes from OBCs, EBCs and Dalits” said political commentator DM Diwakar, former director of the AN Sinha Institute of Social Studies, Patna.

However, Nitish Kumar seems adamant on his demand for a caste-based census and has publicly opposed his ally, the BJP’s attempt to counter it by proposing a population control law.

In a bid to send a political message on his demand for a caste-based census, the chief minister said on Monday he had yet to receive a response to his letter from Prime Minister Narendra Modi seeking an appointment On the question.

“I had written a letter which was received by the PMO on April 4. But the answer has not yet come. I had also requested an appointment with the Prime Minister to have a meeting with the delegation of the political parties of Bihar”, he said.

Last month, Union State Minister for Home Affairs Nityanand Rai told the Lok Sabha that the government had decided not to conduct a caste-based census other than the usual enumeration of the population of Scheduled Castes and Scheduled Tribes. Rai, a senior BJP leader from Bihar, who belongs to a powerful OBC (Other Backward Classes) community, appears to be toeing the line of the BJP-led central government, which seeks to dilute the problem in Bihar, which is known to be a dominated state. by the castes.

Notably, in the past fortnight, Nitish Kumar has aired his differences with the BJP on three issues – the caste-based census, the Pegasus spyware issue and population control – creating a buzz in circles policies here.

Last month, the new JD-U National Chairman, Lalan Singh, considered close to Nitish Kumar, met with Union Home Minister Amit Shah and demanded a caste-based census. Singh had made it clear to the BJP that his party would not back down on its demand for a caste-based census.

Nitish Kumar, who belongs to an OBC agrarian community, the Kurmis, said a caste-based census exercise should be carried out at least once. This would help to know the number of people belonging to different poor and marginalized castes in different regions, he said. The last caste census was carried out in 1931 before India’s independence from the British.