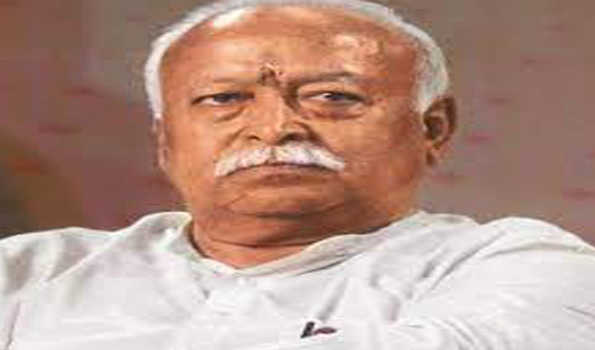 Bengaluru: Amid heated discussions on population control, RSS leader Mohan Bhagwat said survival of the fittest applies to animals that eat, drink and increase population. When it comes to humans, the fittest are those who help the weak survive.

“Just by eating, drinking and increasing population, even animals do these things. Right? The strong will survive. It’s the law of the jungle. Survival of the fittest. is the truth,” Bhagwat said bluntly about the population explosion here on Wednesday night.

However, he added that the rule is “applicable to animals, not humans. In humans, the fittest people will make the others survive. The stronger will help the weaker to survive. This is the meaning of human excellence.

The Sarsanghchalak statement comes after Uttar Pradesh Chief Minister Yogi Adityanath said days ago that the population imbalance could lead to chaos and anarchy, if allowed to continue.

“When we talk about family planning and population stabilization, we must keep in mind that the population control program must go forward successfully, but at the same time, a situation of demographic imbalance must not not happen,” Bhagwat echoed Adityanath at the function that marked the start of the “population control fortnight.”

Bhagwat also said that religious conversion should be stopped as it separates individuals from their roots.

Bhagwat said that the Sangh works to solve the problem of untouchability and inequality, which exists in the mind and not in the scriptures. “It will take time to resolve the problem, but it will surely happen one day. Until then, we have to be patient,” he added.

Expressing his views on the development of the country, Bhagwat said the country has made a lot of progress and witnessed development in recent years.

“Over the past few years, India has grown by learning from Indian history and understanding futuristic ideas. If someone had said that 10 or 12 years ago, no one would have taken it seriously,” he said.

Bhagwat said that the foundation of the development that is visible today was laid in 1857 and later Swami Vivekananda carried it forward with his philosophy and principles. However, the head of the RSS admitted that there is a lack of scientific approach which needs to be corrected.