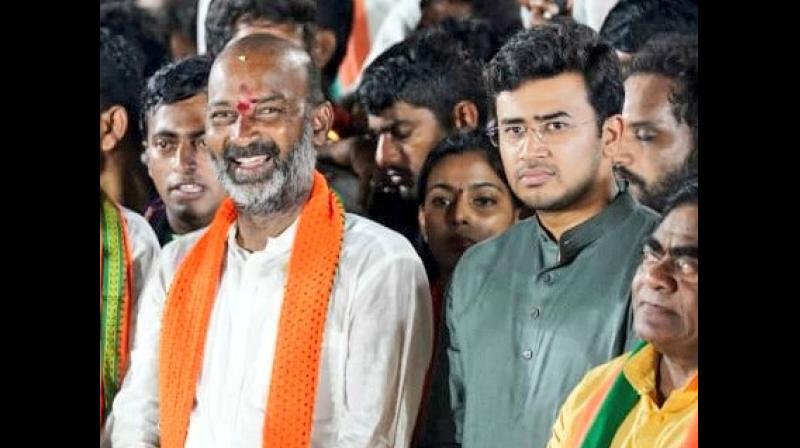 HYDERABAD: BJP state chairman Bandi Sanjay Kumar said on Tuesday that the party would introduce legislation to control the population in the state after it takes office in 2023.

Addressing a huge public meeting in Sangareddy on the 11th day of his Praja Sangram Yatra, Sanjay said the BJP government would pass a law similar to the one enacted in Uttar Pradesh.

Denying accusations that he was spreading hatred and provoking people during his yatra, Sanjay said, “If explaining the facts provokes people, the party would definitely continue to do so. We started on the padayatra to learn about the problems of people including students, farmers and the unemployed under the TRS regime.

Sanjay demanded that the TRS government officially mark September 17 as Liberation Day as promised by Chief Minister K. Chandrashekar Rao before coming to power. “KCR forgot its promise under pressure from MIM,” he alleged.

He said Home Minister Amit Shah would attend a public meeting on September 17 in Nirmal on the day Hyderabad was liberated.

The Modi government had sanctioned 2.73 lakh houses for the homeless poor in the state under Pradhan Mantri Awas Yojana but the Chandrashekar Rao had not failed to provide them to the poor after showing them the dream of houses two-bedroom.

“We asked the TRS government to submit a list of beneficiaries of two-bedroom houses, but it was never submitted,” Sanjay said and assured that the party government, upon coming to power, would provide houses to all the poor in the state.