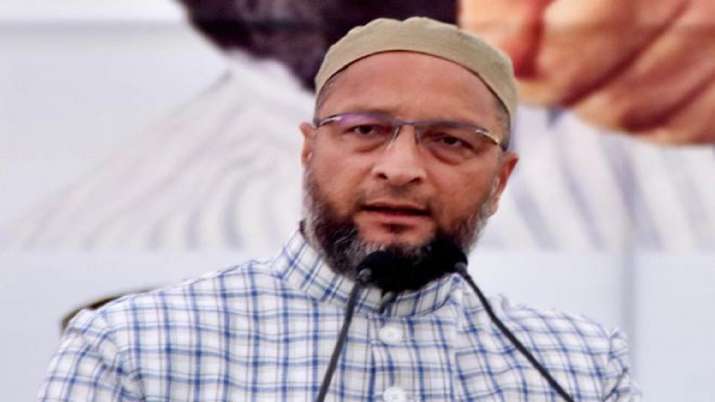 Ahead of the 2022 Uttar Pradesh Assembly elections, AIMIM leader Asaduddin Owaisi blamed the Uttar Pradesh government for the colossal mishandling of the COVID-19 crisis and sneered. opposed to the recently introduced Uttar Pradesh Population Control Bill.

Addressing a press conference on Saturday, Owaisi said: “The Prime Minister Modi-led government in an affidavit submitted to the Supreme Court in 2020 said that ‘any coercion to have a certain number of children is against- productive and leads to demographic distortions”. Uttar Pradesh Chief Minister Yogi Adityanath should clarify this first (if he is for or against this bill?)”

“According to National Family Health Survey (NFHS) data of 1999-2000 (another problem is that recent data is not yet published), the total fertility rate (TFR) among Hindus was 1 .2% and Muslims 1.66%.I challenge the BJP to tell me if this data is true or not.If they think it is true then why is this bill in place? “, said Owaisi.

“According to the data I have, the demographic dividend of Uttar Pradesh will last until 2050. 65% of the population is under the age of 35. Why has the Center not thought of giving job at this section Several people have lost their lives due to covid mismanagement There are job losses, business losses etc. and the government of Uttar Pradesh is busy talking about control of the population,” All India party leader Majlis-e-Ittehadul Muslimeen said.

Challenging Uttar Pradesh’s health system, Owaisi said, “Children suffering from severe acute malnutrition are between six months and six years old, or more than 9 lakh, including 4 lakh from Uttar Pradesh. The undernourished PHC centers are fewer in the state Community health care centers have a 50% deficit in the state Dead bodies are floating in the river People are dying due to lack of oxygen during the pandemic The government has no answers to these questions!

Taking to Twitter, Owaisi also said, “The population control ‘law’ is against the basic right of the people of India. In states like Bihar UP, MP majority of COVID cases have not been counted. The government failed to prevent the 2nd wave, then deserted the needy Indians. Forget the treatment, he didn’t even care to COUNT correctly,” Owaisi tweeted.