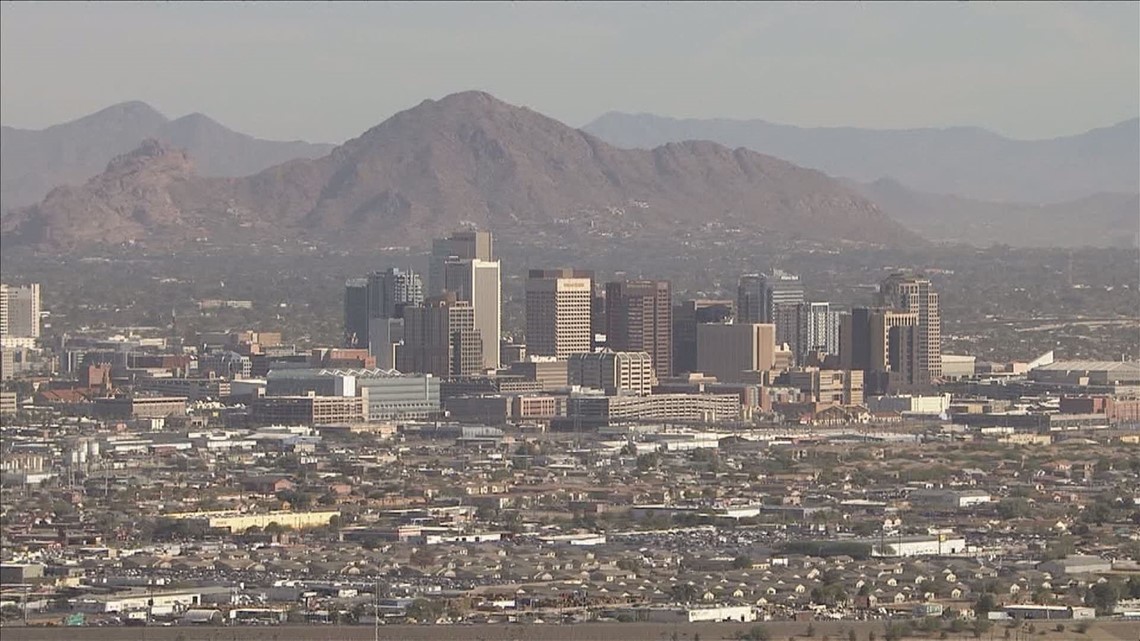 PHOENIX — Maricopa County in the Phoenix metro area saw one of the highest population increases of white, black, Native American and Hispanic residents last year, as well as the highest overall increase of any US county. Meanwhile, Riverside and San Bernardino counties in California’s Inland Empire also saw some of the biggest jumps in Hispanic and Native American residents, according to population estimates released Thursday.

Fort Bend County in the Greater Houston area, Maricopa County and Tarrant County, home to Fort Worth, Texas, saw the strongest county-level growth among black residents. Increases in Asian residents were largest in metro Dallas, Orange County in Southern California and King County in metro Seattle, according to 2021 estimates released by the US Census Bureau.

Riverside County, California; Lee County, Florida, home to Fort Myers; and Utah County, home to Provo, Utah; also had one of the strongest growths of white residents last year. The greatest growth for Native Hawaiians or other Pacific Islanders was in Clark County, in the Las Vegas metropolitan area, and in Sacramento County, California.

RELATED: Phoenix is ​​growing, so the city will change garbage collection days.

Earlier this year, the bureau released estimates showing where population growth and decline took place in the United States from July 1, 2020 to July 1, 2021, capturing the first full year of the coronavirus pandemic. Data released Thursday sheds demographic detail on these shifts that have seen the growth of Sunbelt destinations at the expense of some of the largest, most densely populated and costliest metropolitan areas in the country.

Eight of the 10 largest cities in the United States lost population in the first year of the pandemic, with New York, Los Angeles and Chicago leading. The counties in the heart of those cities, Los Angeles, New York and Cook counties, also lost the most residents from mid-2020 to mid-2021, according to Thursday estimates.

A Census Bureau analysis released Thursday said the reason for the decline in central counties of major metropolitan areas was due to the flight of young adults in their early 20s to mid-30s in the first year of the pandemic. since being able to work remotely in lower cost areas with other quality of life improvements.

“These patterns indicate that although young working-age adults are leaving the central counties of these major metropolitan areas, they are simply moving to other parts of the country,” said analysis by Census Bureau demographer Catherine Doren.

Maricopa County’s fastest pace of growth last year extended its dizzying population gains as Phoenix was the fastest growing major city in the United States between 2010 and 2020, according to the 2020 census. estimates released Thursday reflect an early period of the pandemic and do not reflect changes since last summer.

RELATED: Tempe gets new zip code due to population growth

From mid-2020 to mid-2021, the United States grew by 392,665 and the US population now stands at 331.8 million. During this period, the white population decreased by 79,836 people, the only race or ethnic group to do so, due to deaths exceeding births. It was even more pronounced for white people who are not Hispanic, with a drop of 878,693 people.

Meanwhile, the median age in the United States reached 38.8 years, a gain of 0.3 years last year and a jump of 3.4 years over the past two decades.

Keep up to date with the latest news and stories on the 12 News YouTube channel. Subscribe today.