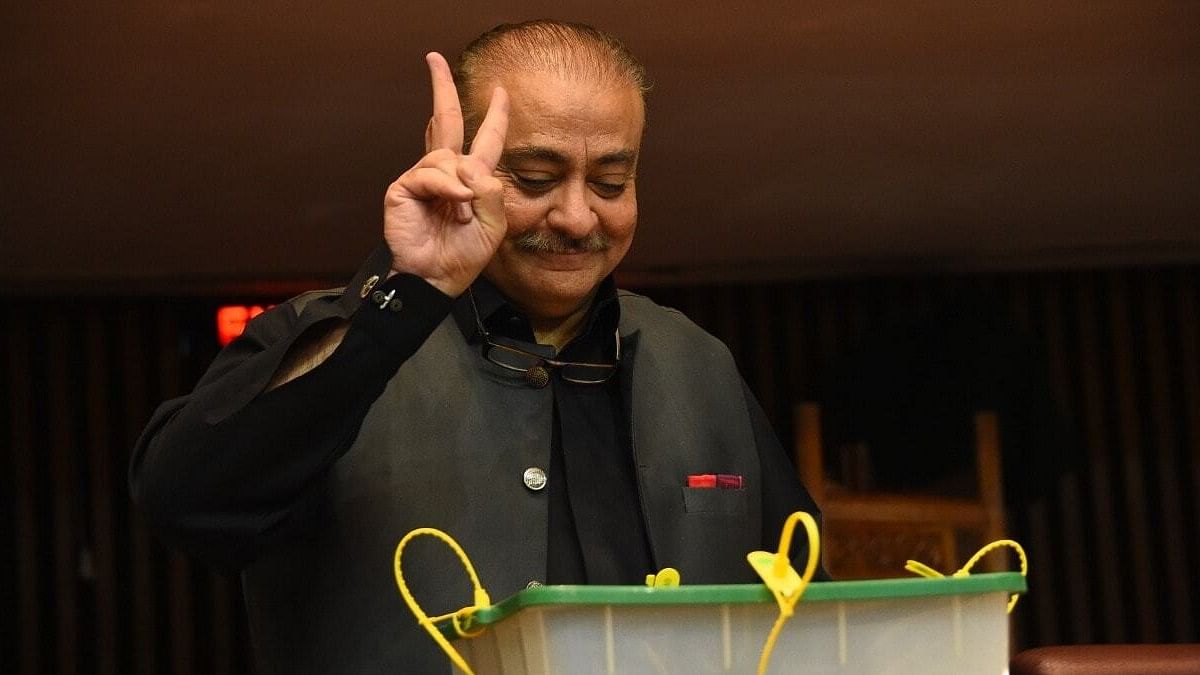 New Delhi: Health Minister and PPP member Abdul Qadir Patel on Monday proposed an ‘out of Pakistan’ solution to the population problem: couples who want more children should leave the country and add to the Muslim population in countries where they are a minority.

At a seminar in Islamabad, the minister said that by 2030 Pakistan’s population is expected to exceed 285 million. “We don’t want to diminish the Muslim population. We want Muslims to be better, more educated and provide them with better health care facilities,” he said.

Pakistani media such as Geo News called the health minister’s suggestion “out of the box”.

Population is a major reason for Pakistan’s problems, especially when it remains fragile and debt-ridden. According to a UN projection, Pakistan is expected to experience a 56% increase in population by 2050, which is over 366 million people.

A recent Dawn editorial title The population bomb underlined the seriousness of the problem: “We are fighting a losing battle, sliding inexorably towards a dystopian future where need and deprivation will be our lot. The reason? There are simply too many of us: the rate of growth of Pakistan’s population is rapidly outstripping our ability to support the millions of people who live there. Incredibly, there still doesn’t seem to be a well-thought-out, cohesive population control program. »

Patel stressed the importance of family planning and awareness while saying that citizens must stop believing the misinformation that is spreading about family planning measures and state vaccinations, whether poliomyelitis or Covid-19. He called it “very dangerous behavior” on the part of Pakistanis. The United Nations report entitled World Population Prospects 2022 ranks Pakistan among the top contributors to population growth. “There are many of us, masa’Allah,” the minister remarked during the seminar.

While some Pakistanis assume the minister’s remarks were a joke, others didn’t let his very “childish” statement slip away. “What do you expect when Qadir Patel is the director and producer of such a comedy,” one user wrote.

Our Minister of Health Policy Statement on Family Planning, “Those who wish to give more births should go to Muslim minority areas (countries).”

What a downfall of Zafar Mirza, Faisal Sultan to Lyari Gangwar Qadir Patel.

My heart bleeds.
SCREW YOU BA*WASEER

Qadir patel has more hair on his head than he has cells in his brain. https://t.co/2aLPemuhT0

Many others called Patel rather foolish and incompetent and lamented his appointment as health minister, going so far as to call him demoted by ministers like Dr Faisal Sultan and Dr Yasmin Rashid.

Some said the minister lacked common sense and brought up his past scandals and controversies – calling him a professor with a postdoctoral degree in money laundering and gang war crimes.

Introducing you to the Federal Minister of Health of Pakistan “Prof. Dr. Qadir Patel” having a PhD in Gang War Crimes and a Post-Doc in Money Laundering and 30 years of experience in killing civilians https://t.co/X9FiVvlfP1

The controversy is not a first for Patel

Abdul Qadir Patel was on trial for alleged links to the Pakistani mafia and evidence had surfaced regarding his role in treating said gangsters at a local hospital. The case was filed on the complaint of Rangers, a federal law enforcement organization, which alleged Patel’s ties to local gangsters and al-Qaeda terrorists.

In March, the High Court of Sindh rejected his request to suspend the non-releasable warrants against him. “Worst is @BBhuttozardari smiling Oxford graduate walking next to criminal Qadir Patel,” one Twitter user wrote. Patel has also made headlines for his conflict with the PPP and his appointment as health minister has also come under heavy criticism.