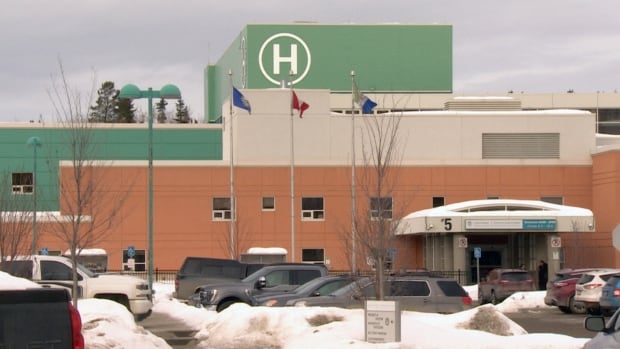 2 years after the start of the pandemic, the death rate from COVID-19 in the North is still on a downward trend

When Brendan Hanley, then Yukon’s chief medical officer, announced the territory’s first COVID-19 death 17 months ago, he hinted it was a bit of a reality check.

“We are just as sensitive here to COVID as anywhere else,” Hanley said in October 2020.

After two full years of the pandemic, many more Northerners have been lost to COVID-19. But the death rate for the three territories is still lower than most provinces and Canada as a whole. Only the Maritimes have roughly comparable mortality rates.

Nunavut has reported a total of five COVID-19 related deaths, which translates to a rate of 13 per 100,000 population. This is the second lowest in Canada, according to federal statistics, with only Prince Edward Island faring better (at 10 per 100,000).

“And so this delay in arrival has helped to mitigate the impact of the COVID-19 pandemic, so far, anyway.”

The territory’s younger population also means proportionally fewer Nunavummiut are at risk of serious illness or death from infection, he said.

“If we want to compare jurisdictions, we have to do what’s called an age-adjusted comparison,” he said.

“This is particularly important for a disease like COVID-19, where we know all ages are at some risk, but we know that…as people age, the risk increases dramatically.”

The raw number of Nunavummiut who have died with COVID-19 is too small to do any kind of meaningful statistical analysis to uncover trends, Patterson said. But he noted that none of those who died had been fully vaccinated against the virus.

The Northwest Territories’ online dashboard reports 20 deaths from COVID-19 so far, which translates to 44 deaths per 100,000 population – a lower rate than the majority of provinces and Canada in as a whole, but superior to all the maritime provinces.

The Yukon, meanwhile, was slightly higher than the Northwest Territories in both the raw number of people who died from COVID-19 and the associated death rate. The territory reported its 23rd death from COVID-19 this week, meaning a death rate of 54 people per 100,000 population.

Neither the Northwest Territories nor the Yukon released comprehensive demographic information about the deceased, such as their age, sex, or place of residence, nor did they routinely report the vaccination status of the deceased. deceased person.

Yukon’s acting chief medical officer of health, Dr. Catherine Elliott, says it’s something she and her staff are actively working on, and says analysis of the data will eventually be made public.

In the meantime, she made a few observations.

“What is clear is that the majority of those who have died are elderly people, although some people of working age have died,” she said.

She also says that the majority of deceased Yukoners were unvaccinated, or only partially vaccinated.

“It’s no surprise. It’s because the vaccine prevents serious illness and death in most people,” she said.

“And also, it’s no surprise that some vaccinated people have died. The vaccine is very effective, but it’s not as effective in people who are immunocompromised or who have several other risk factors for severe disease.”

Elliott says the territory’s death analysis will look at other demographics, including where people live. She says among the Yukoners who have so far died from COVID-19, there are rural and urban residents, Indigenous and non-Indigenous people.

“We need to look at the information and see what we can glean and how best to share that information. But I wouldn’t say there’s no place that hasn’t been impacted by COVID.”