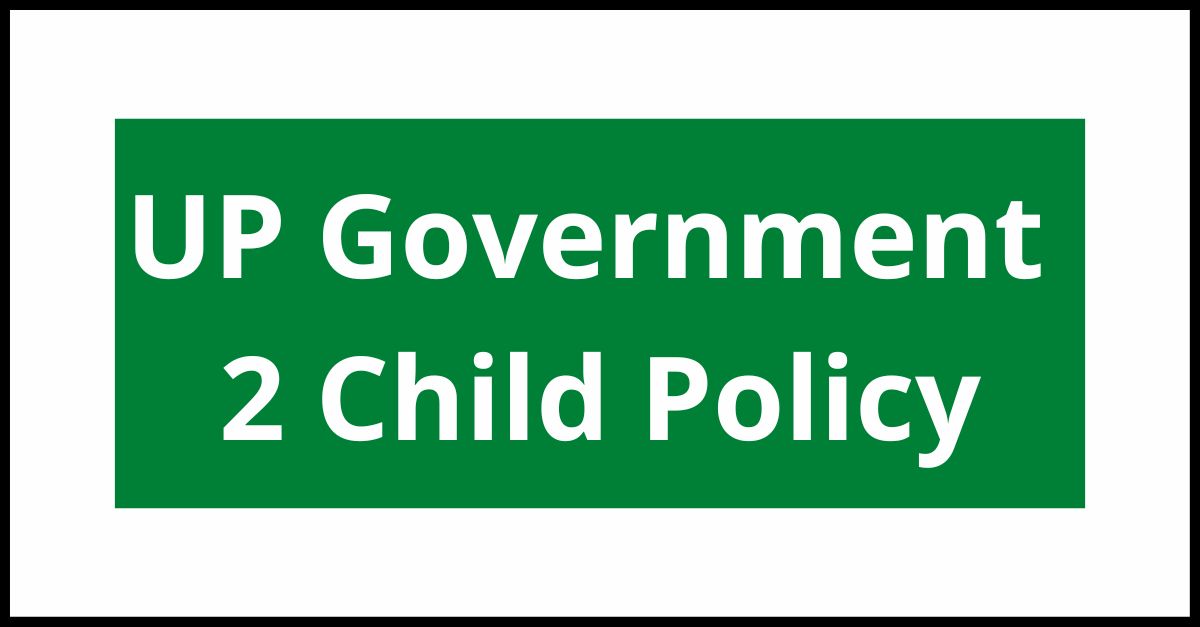 As known, UP is one of the most populous states in our country. Thus, a population control bill is a major step in establishing a new population stat for the state. Under the bill, the state government is proposing the two-child policy.

Check out all the details about the UP Population Control Bill as we lay out the facts and outlook of the proposed bill in this article. We list some key takeaways from the bill and the benefits associated with the new bill. Readers will also get information about policy suggestions on the bill and more in the post.

On world population day, July 11, 2021the Chief Minister of Uttar Pradesh, Shri Yogi Adityanath unveiled the population control project. The project of the Uttar Pradesh Population (Control, Stabilization and Welfare) Bill, 2021 proposed by the current state government is open to suggestions. The Uttar Pradesh State Law Commission (UPSLC) invites comments on the draft until July 19, 2021. The commission will forward the draft to the state government once all suggestions have been considered.

Uttar Pradesh State Law Commission (UPSLC) who is the primary authority in the bill proposal is now hosting the pdf of the bill asking for public input. As this is a large bill, we list most of the features of the bill in this section. Citizens can, however, consult the complete bill for more precise information. The two-child policy lists some major points such as:

The Population Control Bill is an important bill considering the ever growing population of India. Policy makers formulated the bill with many benefits for the citizens of the state.

Suggestions on the UP Population Control Bill

As already stated, the state government invites suggestions on policy, interested persons can provide valuable suggestions to the bill, if any. The bill has been released into the public domain and has enormous long-term potential. Citizens can offer suggestions on the official portal of the UPSLC website.

The government invites suggestions, leaving room for improvements and amendments to the bill, if necessary. Citizens can read the detailed bill from the official PDF released by the UPSLC. A link to the official pdf is provided in the section below.

What is the UP Population Control Bill?

It is a bill proposed by the current state government to promote a two-child policy in the state. Thus, controlling excessive population growth. Under the bill, citizens with no more than two children must be considered for various inclusive policies, schemes and other benefits.

How important is the Population Control Bill in Uttar Pradesh?

In states like Uttar Pradesh, the importance of such a bill is more crucial than ever. The state has a population of 20.42 crore as per the 2012 census which is now around 24.1 crore. It is also one of the most densely populated states in India. Thus, to ensure an equitable distribution of resources and basic equipment, population control is an essential step.

When will the two child policy be applicable in the state of Uttar Pradesh?

The policy will be applicable as soon as the bill is approved and basic changes are made to the current bill. Once the bill is made into law, details on the application of the law will also be provided to citizens.