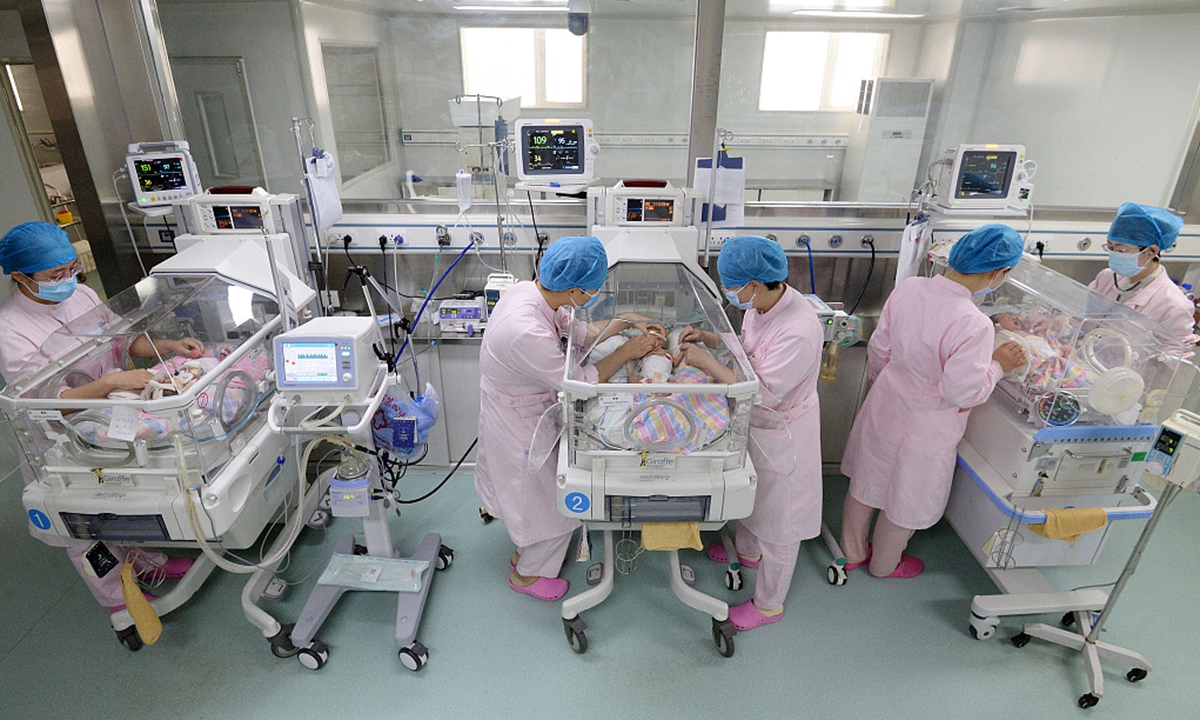 A total of 17 Chinese government departments on Tuesday jointly issued a guideline on supporting policies in finance, taxation, housing, employment, education and other areas to create a fertility-friendly society and encouraging families to have more children as the country faces increasing pressure. falling birth rates.

Analysts said it is rare to see so many ministries and departments jointly issue such a detailed and comprehensive guideline on encouraging fertility and supporting childbearing, highlighting the seriousness of China’s population growth rate. , which has slowed considerably, with a contraction expected before 2025. .

Tuesday’s directive was issued to implement policies to help every couple have a third child, to push government, institutions and individuals to fulfill their responsibilities in creating an enabling environment for marriage and fertility, and to promote population growth, according to the directive.

Detailed supporting policies listed in the guideline included promoting prenatal and postnatal care, developing nursing care systems, improving maternity leave and insurance mechanism, offering preferential policies for purchasing a home for families with more than one child, the addition of high-quality educational resources, the creation of a fertility-friendly employment environment, and the establishment of a comprehensive system of population services.

The directive also emphasized the prevention of unwanted pregnancies and a decrease in non-medical abortions.

After lifting the family planning policy further to allow each couple to have up to three children, China is working to create more of an environment conducive to fertility and the supportive policies in the directive show such a trend in China, Ma Li, former director of the China Population and Development Research Center, told the Global Times.

These policies, particularly on renting or buying houses, encouraging conditional kindergartens to accommodate children between the ages of two and three and protecting women’s employment rights, if fully implemented. implemented, will help ease the concerns of some families considering having more children, Ma said, noting that the directive did not mention details on childbirth grants, given the unbalanced levels of development in different regions of China.

Some demographers have said lifting the family planning policy altogether won’t be enough to avert a drop in China’s total population, and the country should come up with more measures to encourage childbirth, such as financial support for couples. who choose to have more than one child. .

For example, Liang Jianzhang, a professor at Peking University, suggested allocating 1 million yuan ($155,499) to each newborn, which sparked much discussion online. Liang said that to raise China’s fertility rate to the replacement level of 2.1 from the current 1.3, China must spend 10% of its GDP to encourage births.

Many places in China have announced policies to encourage families to raise more than one child, including extended maternity leave, increased maternity benefits and support for home purchases. Longwan District in Wenzhou, east China’s Zhejiang, plans to provide families with a second child with a monthly allowance of 1,000 yuan, with 3,000 yuan for families with a third child, up to until the children reach the age of 3, local media reported.

The guideline, which was issued by so many ministries and departments, showed that China has paid attention to the lowest birth rate in decades and made more efforts to avoid the decline in the newborn population. , Huang Wenzheng, demographics expert and senior fellow at the Center for China and Globalization, told the Global Times.

Huang predicted that China’s total population could start declining sooner than expected, and with declining willingness to marry and fertility, especially among young people, the situation could worsen.

Demographers said young people’s concerns about having and raising children should be the starting point for governments to develop population policies, and stabilizing housing prices and optimizing policies Favorable conditions can help ease the pressure of population decline.

2022-08-16
Previous Post: The interactive marketing market is booming worldwide
Next Post: The map shows the population growth of Las Vegas and the decline of Lake Mead over the decades